Moving ‘My Documents’ to SkyDrive

In the past week the cloud wars have greatly benefited consumers like me, with Google launching its Google Drive service and Dropbox increasing its free user storage to 4gb and the software giant Microsoft finally coming out with their premier desktop sync tool for their SkyDrive service.

I have always liked Sky Drive better than other Photo uploading services( I used it primarily as a photo backup and sharing service) because of the 25gb storage it offered (per account) and also the facility to upload images in their original resolution. Now that Sky Drive has its windows sync application , I can finally move the My Documents folder to the Cloud. I’ve had a fare share of hard drive crashes and have lost out on some data that I would have better of backing up. Unfortunately I am not into the habit of backing up stuff. I had adopted an alternate strategy of saving all my files to the Dropbox folder. But there are always those quick saves that get placed in the default my documents and also the save game files that are forever lost in every hard drive crash. So finally after testing the Sky Drive app for a few days, I decided to move the My Documents folder to the Sky Drive entirely.

Moving your my documents is pretty simple. Just right click on your My Documents Folder and select the new location.

In windows 7, the option to change the location would appear if when the folder that is at Libraries->Documents->My Documents. In the picture my ‘My Documents’ folder is now changed to SkyDrive. 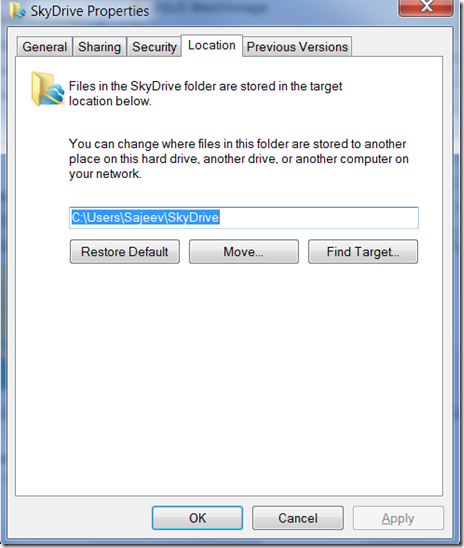 When your Epson printer shows you a warning message- Printer Maintenance Required, you have to reset the printer and there are three different methods to reset the printer to factory settings- Using the control Panel of the Printer, Reset Button and Epson Adjustment Program. However, some users do face the issue- How to reset your Epson Printer? If you are the one getting same, get connected to technical representatives and get your issue resolved on time.